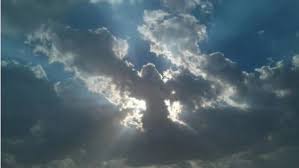 Most people toiling in the eating disorder industry have never heard of Kelly Burk. Most eating disorder advocates do not know who she was. How she lived. How she loved. How she died. And yet, ten years ago, on August 7, 2009, Kelly breathed her last. And a mother’s, and father’s, and husband’s, and brothers’, and aunts’ and uncles’ hearts were broken. A parent’s greatest fear manifesting itself in a cruel, unrelenting way. Ten years ago.

Similarly, most people toiling in the eating disorder industry have never heard of Michelle Fulkerson. Most eating disorder advocates do not know who she was. How she lived. How she struggled. How she died. And yet, ten days ago, Michelle breathed her last. A sister’s and mother’s hearts were broken. A sister left behind asking her beloved sister to “Give daddy a big hug for me in heaven.”

Ten years ago. Ten days ago. And both inextricably intertwined.

So, who was Kelly Burk? A mid-western girl, the oldest of three siblings, lording over and protecting her two younger brothers. She obtained her college degree and still strived for more. Vivacious and smart. She walked into a room with presence. She loved mightily. She fell in love and married. And yet, she fought her own battles, her demon.

By then, the demon had begun to leave its mark upon Kelly. It devastated her to the point that she could not have children. But, she and her husband spoke of adoption.

And yet, she did not receive treatment in an eating disorder treatment center. This was at a time before the “Gold Rush of Expansion” had taken the eating disorder industry by storm. And yes, her friends and family were concerned … and afraid. But, she was strong. She was formidable.

And then one night, in the still of the night, a quiet, unremarkable night, in her home, her heart could take no more … and it beat its last.

Her death certificate did not mention eating disorders, as they rarely do. But everyone knew. And this poor soul would have been simply one more soul taken before her time, taken before she had a chance to make an everlasting mark on society.

Ten years. Ten long and yet, in some ways, very short years. Ten years since Kelly last embraced her loved ones. But, the foundation named after her is carrying on, more vibrant and alive than ever.

Compared to ten years, ten days is but a blink of the eye.

Indeed, ten days is by almost any stretch of the imagination, a short period of time.

I was contacted by a fellow dad and advocate on Monday night, August 5. He  told me that a young girl had very recently succumbed to her eating disorders. Now, I did not know who Michelle Fulkerson was. But, I discovered that she had fought this insidious disease as well as severe depression for at least three (3) years. And she breathed her last ten days before. I also learned that her father had predeceased her. This broke that incredibly important bond between a daddy and his daughter. And I can’t help but wonder if he had been here, would that have made a difference?

I don’t have to imagine the depth of the agony, the feelings and emotions her mother must surely be feeling … we belong to the same tragic, unfortunate club that no parent should ever belong to.

I also don’t know if Michelle inspired others or helped others. That is not important. What I do know is that Michelle deserves to be known, to be recognized, to make us remember what we must surely continue to fight for.

For some reason, the tragic news of Michelle hit my heart very hard. I received this news about 12 hours before I was to make remarks on behalf of The Morgan Foundation before nurses and health care coordinators for the schools in the Catholic Diocese of Dallas. I then had the privilege of introducing Dr. Tyler Wooten, Psychiatrist and co-medical director of the Eating Recovery Center of Dallas. Dr. Wooten spoke with, interacted with, and engaged everyone in the room.

The nurses in attendance were concerned about only one thing, that is, how to best help their students. How to identify at an early stage and then work with the parents of these students to give them the greatest chance to recover. How to make sure there were fewer Kellys and Michelles.

There was no talk of whether a counselor was “cisgendered, or in a paranormative relationship, or how you are required to admit whatever “privilege” you may have or you are labeled a bigot, or the evils of healthism or ageism or any other type of “ism.” The community was unified in their firm determination to better learn how to recognize eating disorders at an early stage, how best they can help their students and how best they can save their lives.

Look one last time at the faces of Kelly and Michelle. And don’t forget. Certainly, their families will never forget. Let them be a reminder that they are the souls you are fighting for. Don’t cheapen their legacies, their lives and their deaths, by your own misguided or personal agendas.