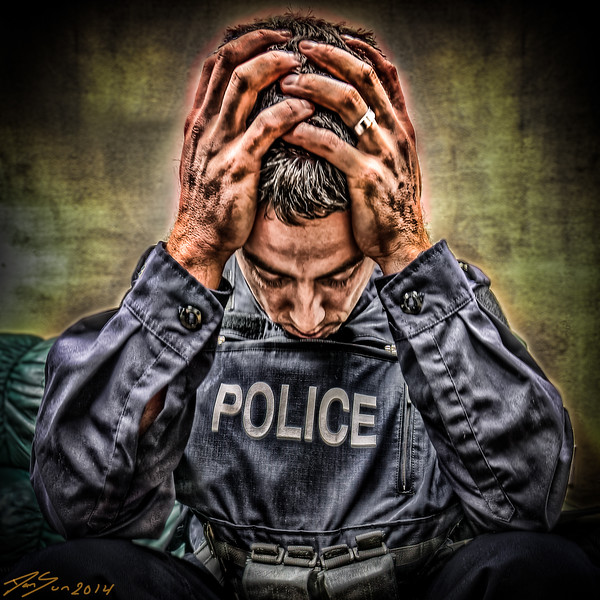 In early 2020, many law enforcement officers and other first responders throughout the world contracted COVID-19 due to the requirements and demands of their jobs. We held them up as heroes. We praised them. We admired their courage. They represented what we aspire to be. And death took its merciless toll on them.

The following law enforcement officers are only some of those who died as a result of contracting Covid-19 in the line of duty.

And then, Eight Minutes and Forty-Six Seconds.

Eight Minutes and Forty-Six Seconds to murder a man because of the color of his skin.

Eight Minutes and Forty Six Seconds is how long it took for we as a society, to change the manner in which we look upon law enforcement officers. And in some cases, that change came about  in the most vicious, heart-breaking, reprehensible manner. How quickly we forget.

The time it takes for society to descend into a state of madness and chaos.

The time it takes for society to forget or disregard all caution about a deadly virus. [On June 2, 2020 at 7:07 p.m., a student/football player attending Oklahoma State University reported on social media that he tested positive for Covid-19 after attending a protest in Tulsa, Oklahoma]

The time it takes for society to willingly and intentionally expose their fellow citizens to a deadly virus.

The time it takes to precipitate wholesale lawlessness and insanity to grip an already crippled nation.

The time it takes for a society which so admired the courage of those first line responders to denigrate into hatred, violence and unrestrained rage.

The time it takes for society, in 96 hours to observe:

-4 St. Louis police officers were shot by an active shooter;

-A NY police officer was struck by a vehicle

-3 Davenport law enforcement officers were ambushed and 1 was shot

-132 police officers were injured in Chicago during a riot

-Several police officers in Rhode Island were injured during riots

-An active shooter opened fire at the Oakland police department

-Several officers were shot at and injured in Lynchburg

-3 Denver police officers run over by a vehicle

-2 police officers injured during a riot in Harrisburg

Before those Eight Minutes and Forty-Six Seconds, the vast majority of these men and women were respected and revered. They placed their lives on the line going to work while we stayed home. They were admired. They were thanked. And then …

For a life to be taken in a cruel and reprehensible manner and for a nation to lose its soul.

And yet, those Eight Minutes and Forty-Six Seconds did not rip the souls from all law enforcement officers. Some removed their helmets, dropped their batons, kneeled, prayed and marched with the righteous George Floyd protestors.

As for those law enforcement officers who died from Covid-19, and those who have been injured, shot and killed in the lawless rioting … what direct relationship did these people have to the reprehensible murder of George Floyd? … Nothing. Other than, they agreed to place their lives on the line while the majority of us stayed home hoarding toilet paper.

Nothing can forgive the reprobates who stole the life of George Floyd.

Evil is manifest in different shapes and forms. Certainly, evil exists within those murderers who stole the life of George Floyd because of the color of his skin. And yet, what emotional scarring, pain and anguish must surely exist within those persons who are painting with a broad brush and defining all law enforcement officers as racist sub-humans.

A subgroup of people see all law enforcement officers as being racist, that they trample the rights of fellow citizens whenever the cameras are off. As with any profession, there are reprehensible people employed as law enforcement officers. Society has the absolute non-delegable duty to raise our standards, to expose those bad actors which in turn, will allow law enforcement to engage with wisdom, courage, understanding and compassion. We have no choice and if we do not fully embrace that mandate, as a nation we will continue to live without a soul.

After all, they have their precious hoards of toilet paper to protect.

And in response … law enforcement will come.